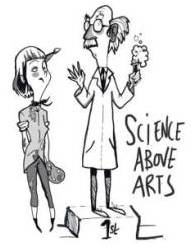 When I first visualised the book I imagined it to be landscape, full colour and spiral bound – a bit like a sketch book. I had created a set of small experimental paintings that I wanted to include- to show people how easy it was to create ‘art’.

However this isn’t so practical in the world of publishing. The books would have cost a minimum of £20 to produce, would not be stocked by book shops as it would have no spine and packaging may be difficult. Part of me was going to go ahead anyway but then I had a rethink. What else could I do? A book on creativity, with a chapter citing the importance of images- had to have some visuals!

On my desk lay the hand drawn business card of an illustrator I had met a few months earlier. He had been taking ‘visual minutes’ at a creative conference I was running (Photo from event below). Visual minutes, if you’re not familiar with the term, are now the super cool alternative to the written form of minutes. These talented people literally draw the people speaking and capture a few key statements. There are different styles of visual minute takers I think Karl was a bit more stylised than others I’d seen.

I’d kept his card because it was so beautifully and so effortlessly drawn. As part of the his work that day he also drew me – highly ‘characterised’  if that’s a word?! So I emailed him and asked if he might be interested in creating a few illustrations for my book. ‘Yes’ was the answer – fantastic!

Usually I am a bit of a ‘control freak’ when it comes to design. I often have a clear picture of what I want, sometimes even make a mock-up,  and usually just ask designers to recreate it for me. (So designers beware-  you have now been warned).  But this time things were a little different. I just sent him a few sample chapters and said – ‘do whatever you like- whatever comes to mind’.

A few days later I had an email from him  ‘I have some ideas for different characters but when I read your words  I imagine you.’  This was a particularly moving moment for me – not sure if you can feel it too? Well it bought a tear to my eye- joyous tears which hardly ever happen.

I had given him artistic freedom so I said – ‘Yes do what you feel.’  So the illustrations happened. When you see the book it doesn’t look like me- just a super skinny female with shoulder length hair and great dress sense!

The other amazing thing about the illustrations is that Karl read more into what I had written than I had actually written. It’s almost as if he could read my mind the way he embellished his illustrations with words that weren’t actually there! The cover image is a great example of this. The diagram he put together is just how I think! Maybe he joined the dots himself too as he created them.

So my illustrator,the super talented Karl Mountford, was a gift.  I no longer regret not having the colour images I produced as his illustartions are  so much richer.

Part of me still wants to do a colour version as I love colour- so if the book is received well I may do a fabulous full colour spiral bound version- just as I had originally imagined it.

As a quick update the book is going to be available on amazon very soon. The last proof has been signed off and I’m having a ‘book party’ / launch on July 22nd in Cardiff.